1. Write in English and not in show-off. Good writing of any kind is about transferring what is in the brain of the author to the brain of the reader. (a) One should attempt to explain things in a way that avoids jargon, overly complicated sentences, or unnecessarily big words. (b) Avoid, for instance, UTILIZING big words when you can USE simple ones. (c) Avoid statistical jargon so, do not say there was a main effect of X when you can just say A was larger than B. (d) If you can, avoid saying things were correlated or there was an effect. (e) Talk about humans. Say things like, "men were more interested in casual sex than women were" or "those better characterized by narcissism were more likely to offend their bosses". Stated simply, write for your grandfather; forget the overcompensation for your inferiority complex.

2. Managers obscure; scientists seek clarity (view from 2:50; Management Speak). Do not say "it has been shown" or "results show". In the first case, just come out and directly say what you mean like "X was correlated with Y". In the second case, results cannot show things or do anything else. Do not convert nouns into verbs or adjectives. And do not write about the names of or levels on a measure/construct. What matters is what you are trying to measure. So instead of saying "High level of sociosexuality were associated with higher scores on the Elemental Psychopathy scale" just say "those who were more promiscous were also more psychopathic". In short, just come out and say what you mean in a simple way that speaks to the average person's brain.

3. Adopt the Oxford Comma as per APA but also because it is simply better. It does not pair the last things in a series where each should be treated independently like D, G and F as opposed to D, G, and F. The former makes a pair out of G and F where this is likely not what you want. It also allows for compound series of things like "X and Y, A and B, and G and I". Without the Oxford comma, this series is impossible to understand.

4. It takes a village. You can use "we" but you cannot use "I" or "you" in scientific writing. This may mean it is in your best interest to get a co-author. You will end up having to use too much passive voice otherwise. Indeed, it is probably better for your ideas to be kicked around by a colleague. We do not want another ESP paper like that by Bem from the high towers of JPSP.

5. Do not use "due to" and "since" when making causal claims. That is, do not say things like "due to the person's mood, she was more likely to see threats in her environment". Money can be due to arrive but X cannot be due to Y. Similarly, the word "since" refers to time only. I highly recommend reading this style book.

6. Exactness counts. Paragraphs must have no fewer than three sentences. Do not use subheadings unless you have two or more paragraphs to go underneath them. The spacing, the number of decimals, and style all count. When reporting mathematical information, be sure each symbol has a space on either side. If values can exceed one in theory but do not at one time (e.g., standard deviation, unstandardized regression coeffecients), they get a zero before the decimal (i.e., no naked decimals here) but if the value cannot exceed one, no zero is called for here (e.g., correlations, beta weights).

7. Do not over-equivocate. You will have been taught to hedge and be cautious in scientific statements. While it is good to be humble and scientific effects are tentative(ish), doing this too much undermines your authority and makes your phrasing more complicated. Just say the effect exists or "may" exist and cite relevant sources. If you found the effect in your study, just say it plainly. Do not say "results suggest there may be a correlation between R and U". Just say "R and U were correlated" or better still, "more R was associated with more U". Be bold!

8. Research, not researchers, matters. Sentences and paragraphs should focus on the results of numerous studies where you synthesize things to make your point. This means each paragraph should not read like a mini book report or abstract and you should not write about authors and their studies. This means, you should never say "Jonason and colleagues collected data from 403 people and found..." It does not matter who did the study and the sample size is generally a trivial bit of information. Journalists write this way because they do not know how to extract the important information from a study and are even hostile to science. This is also how undergrad student write because they are still intellectually developing the ability to synthesize information from many studies. That is, to students, the information in papers is disconnected in their brain. Integrate your brain and your writing.

9. Proper use of parentheses. Use parentheses to treat your effects like parenthetical citations. I know APA says otherwise and you were taught otherwise but both are wrong. Parentheses are used to provide additional information that you do not read. Statistics like F tests need to be reported in passing. And on that note, these are (parentheses) and these are [brackets].

10. Talking about sex/gender. Be more precise in your use of terms around the sex of who you are talking about. When writing about people use "men" and "women" (etc) to humanize participants. However, these same words are not adjectives, they are pronouns. This means do not write "women doctors" and instead write "female doctors". There is nothing insulting about the word "female"; it is simply an adjective. You would just as well say "female chimpanzees" as in the word "female" modifies the word that follows it. In addition, to avoid sexist language, alphabetize pronouns like "he and she" and "her and his". Stemming from this, the terms "homosexual" or "bisexual" are not offensive terms, but merely descriptions of people's sexual proclivities. While the APA prefers the terms gay/lesbian this adopts two words when one will do. The "homo" part means "same" just as "hetero" means "different". A more systematic and neutral approach is to use these terms and not others that unnecessarily elevate and protect. 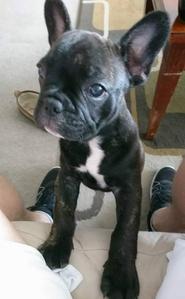 I cannot claim to be the best writer in the world; I have had my fair share of rejections. But, I have over 190 publications, served as reviewer or editor for numerous journals, and aided in the creation of non-academic research reports. I have also had the chance to improve my writing with a wide array of mentors (e.g., Laura Madson, Gregory Webster, David Schmitt). Over the course of my career, I have observed several patterns in the mistakes people make in their writing; patterns that are so common created this list of writing tips. I offer this list with no hubris, only with the intent of improving the quality of everyone's writing and maybe saving myself some time. Progressively, people consider writing well something of an elitist exercise. Whether that is true, I write this list, standing against the tide of informality, language abuse, overgeneralization of rules, misuse of common words, concept creep, political correctness, and slippage into vague phrasing that has taken over people's writing.

Some general advice about your career can be found here by Adrian Furnham.

Advice to shorten your paper, especially for Personality and Individual Differences